I wish that one day I could see the stars clearly in the city.
Name not supplied
Postgraduate, Chinese Academy of Sciences, Beijing, China

I wish people could understand that the whole Universe is like a spider web, and that everything is linked. What we do to a tree or to another man we are doing to ourselves.
Eliardo Franca
Painter and illustrator, Brazil

I wish that China would use its huge revenue to provide better medical care to its vast numbers of poor people, especially those who suffer from AIDS.
Fon-Jou Hsieh
Professor of obstetrics and gynaecology, National Taiwan University, Taipei, Taiwan

I wish I could shrink myself to the size of an atom and dive into my eppendorf tube, to view the mechanisms of molecular and cellular biology in real time.
Simon Fredriksson
Stanford Genome Technology Center, California, USA

I would like all developed countries to agree to Kyoto protocol, and also to begin to destroy their nuclear arsenals so that clear and present dangers to Earth can be avoided.
Vinay Gupta
Researcher working on supercapacitors, Kyushu University, Fukuoka, Japan

Science has brought us so many advances and so much understanding. This is something that scientists intrinsically understand. It is a way of viewing the world that is rational and realistic, not based on ideology or popularity contests. My wish is that the political leaders of the world would begin to look at the world from a scientific point of view.
Todd Whitcombe
Associate professor of chemistry, University of Northern British Columbia, Canada

I’d like to see more research on vegetable oil as fuel. Right now, vegetable oil is nearly the same price as diesel. What are green activists waiting for? Oh, and I would like a PDA in my watch, too.
Emmanuel Maicas
Moncton, Canada

I would like to see all scientific journals freely accessible online to senior scientists, most of whom spent their career years plodding in the lab, working at low salaries.
Naina Marbus
Visiting scholar, University of Washington, Seattle, USA

So many unknown genes, so little time. I just wish to understand one or two in 2005.
Mudjekeewis D. Santos
Postgraduate student, characterizing immune-related genes in the flounder, Tokyo University of Marine Science and Technology, Japan

I would wish upon a star
to not need gas to run my car
and any fuel cell my heart desires
will be on sale for me.
Brian Barnes
Chemistry PhD student, Washington University in St Louis, Missouri, USA

I would like to put forward a new theory of superconductivity.
Mohammad Shaz
Lecturer in physics, Banaras Hindu University, Varanasi, India

I wish that the global scientific community would launch a campaign to ensure that the system of patenting for the pharmaceutical sector is designed in such a way that new drugs are available at a price affordable for all. ‘Health for all’ and not ‘profits for a few giant companies’ needs to be the guiding principle for pharmaceutical research.
P. Sunderarajan
Special correspondent of The Hindu newspaper, India

I wish for the people of the world, especially Americans, to become more conscious of the impact that their actions have on the environment.
Gary Walker
Manager of clinical research, Guidant, Santa Clara, California, USA

I wish for less scientific discrimination, so that my colleagues in Eastern Europe, in developing and undeveloped countries, can seriously participate in international research projects while working in their own countries.
Nevena Nagl
Research scientist, Institute of Field and Vegetable Crops, Novi Sad, Serbia and Montenegro

I wish to see the world’s children moving at light-speed daily, so they can take classes in different countries and become more open-minded than their parents.
Fabio Salamanca-Buentello
University of Toronto Joint Centre for Bioethics, Canada

I’d like to make a botanical garden in some desert area, powered by fuel cells and solar energy, and live there with macaws.
Noriko Shimamura
Tokyo, Japan

I wish for a time machine to go back to the period when people used to do research because they loved it, and not just to increase the number of publications on their CVs.
Raheel Qamar
Research director, Shifa College of Medicine, Islamabad, Pakistan

I wish that, by the end of 2005, we will have saved hundreds of species from extinction, reduced our dependence on oil and cut back on the population growth rate. That would allow me to wish reasonably for 2006.
Giri Athrey
Department of Biology, University of Louisiana at Lafayette, USA

I wish that I could publish my work in Nature!
Name not supplied
Graduate student, Tsinghua University, China

I want young researchers – those without egos, and thus those who can put their necks on the line to investigate new and fresh ideas – to get a little federal money. And a little support from their elders in the field.
Patrick Flanagan
Molecular biologist, National Institutes of Health, Bethesda, Maryland, USA 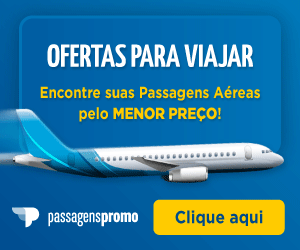